How do you recognize an original
MyAlpaca duvet?

If you look closely, you will notice that the corners extend out beyond a regular rectangle. This is one of the keys to our products’ exceptional performance. Thanks to this proprietary superb-fit shape, our duvets and pillows fill out their covers more snugly than regular bedding, leaving no empty corners. Some people even report that our special corners make it easier to put on the duvet cover. 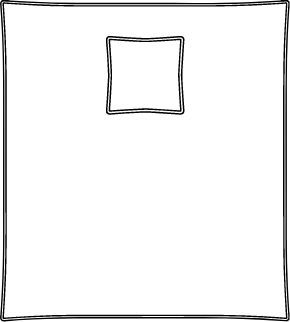 Our hand-quilting pattern differs from machine quilting, allowing even distribution of heat and preventing cold spots from appearing at the seams. 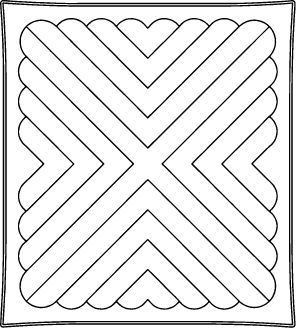 All MyAlpaca products are legally protected as EU Registered Community designs (numbers 002524173 and 002524181). Unauthorized copies will be treated as violations of legal regulations.

MyAlpaca has been recognised by the design circles in Poland. Among others, our products received in 2015 the Łódź Design Festival’s MUST HAVE award, which is given each year to the 65 best new products on the market and a GOLDEN MEDAL at the International Poznan Fair in 2019.

Beza Projekt is an avant-garde design studio founded by Anna Łoskiewicz-Zakrzewska and Zofia Strumiłło-Sukiennik. Their portfolio contains a broad range of bold and innovative projects, often utilizing the latest technologies and materials.

Magdalena Komar has graduated from ESMOD in Paris in 1997 with the prestigious special award of Christine Lemaire.

Between 1997 and 2001 she worked as a costume designer for films, music videos and theatre in Warsaw, Poland. During 2001- 003 she was trained as a multimedia textile designer at Loughborough University College of Art and Design.

Since 2010 she works at Warsaw Academy of Fine Arts as a tutor at the Fashion Department.

Bärbel Dressler is a surface and pattern designer with a focus on creating patterns and artwork for companies around the world. She has created patterns for interior details, home textiles, apparel, shoes as well as branding and promotional assets.

Her work is often described as sophisticated, evocative and detailed. Bärbel’s fascination with historical periods has not only inspired her work but was also how she learned to create her patterns. By studying the motifs, compositions and techniques behind classic pattern styles like Toile de Jouy, Indian Florals, Paisley, Damask and Arts & Crafts, she acquired the skills to create advanced, sophisticated and detailed designs.

Bärbel runs her design business Bear Bell Productions from her home studio in Vega, just south of Stockholm and besides surface design she also teaches online courses in pattern design and illustration.